Can a Minor Testify in a Custody Dispute? 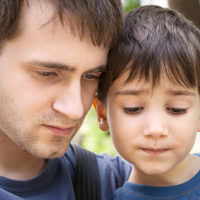 When parents argue about child custody, one of the first things they usually do to try to prove that they should get the majority of time with the child is to request that the court ask the child what he or she wants. On the surface, this may seem logical–why not get the opinion directly from the source? But Florida law very much limits how and when a child’s own opinions of timesharing can be considered, for some very important reasons.

When Testimony Can be Taken

A court can take testimony from a minor child about his or her opinion as to time sharing, so long as the child appears to be capable of giving the testimony, and it would not harm the child (for example, being emotionally taxing to force the child to testify “against” one parent).

A child’s testimony is fraught with problems. For siblings, it may be impossible, where one sibling is old enough to give meaningful testimony but the other is not; the court can’t make a custody determination based on what only one child wants.

There are also concerns that children don’t know what is best for them. Children may want to live with the parent that lets them go to bed late and skip out on homework–that doesn’t make that parent the most fit for time sharing. Kids may also testify just to be vengeful–that is, to “get back” at the parent that insists they do things they don’t want to do.

Children may not know what goes on behind the scenes. For example, if a spouse is abusive, or engaging in criminal activity, the child may have no idea. The child may want to live with that parent having no idea the situation is not safe or healthy for them.

Kids can’t be forced to testify, unless there is some kind of emergency that requires the child’s testimony. In most standard family law cases, kids’ testimony will be elicited through guardians ad litem, or other professionals who will speak to the child and convey the child’s opinion to the court.

Judges have the legal right to speak with kids privately in chambers and away from the parties, so long as there is a court reporter present to transcribe what is said.

Worried about a custody dispute in your family law case? Our Tampa family law attorneys at The Pawlowski//Mastrilli Law Group can help you with your sensitive family law legal problems.

By The Pawlowski//Mastrilli Law Group | Posted on March 7, 2019
« What is a Common Law Marriage?
What is the Right of First Refusal in a Parenting Plan? »