Close Menu
Coronavirus (COVID-19) Update: Our firm is open and serving the needs of existing and new clients. Click here for more information.
Tampa Injury Lawyer > Blog > Divorce > Can You Be Awarded Assets in a Divorce Before the Case is Finalized?

Can You Be Awarded Assets in a Divorce Before the Case is Finalized? 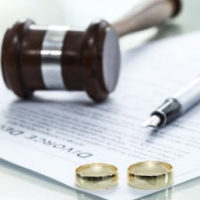 You are likely aware that as a general rule, in a Florida divorce, assets will be divided (though not necessarily equally between the parties), and some property may even be ordered to be sold or liquidated with the proceeds going to each party as determined by the judge.

However, like any type of case, the determination of who gets what won’t be made until the end of the case. That means that until then, there are assets that generally can’t be used, sold, or liquidated by either party, even though in reality one party may have a need to sell or liquidate an asset before then.

A big issue is the marital home. Assume that it is being sold, and there is a willing buyer with a good offer on the property. Waiting until the divorce is finalized could mean losing that buyer and the offer. One or both parties may want permission to sell the home and divide the proceeds before the end of the case to avoid losing that opportunity.

Other examples are items that may incur a tax penalty unless they are liquidated at a certain time, or savings or bank accounts that one party may need in order to support themselves or the kids before the case is over.

Procedure to Get Permission to Divide Assets Early

Florida has a procedure to divide property before the end of the case. To do so, the party seeking early distribution of an asset must file a motion, sworn to under oath that shows good cause why the asset should be distributed early. Additionally, the distribution will only be awarded with a showing of “extraordinary circumstances.”

There must also be a showing that there will be no inequity or prejudice to either party by making the distribution early.

The right to an early distribution of assets can be stated in a premarital agreement. However, the agreement must say that the party will have a right to the early distribution–simply saying that Spouse A gets a piece of property will not provide the good cause needed to show that the property should be divided up and given to a party before the end of the divorce case.

Parties can only ask for early distribution of assets that are subject to division in the case–that is, marital property that the side asking for distribution would have some interest in.

Although there is a separate procedure for temporary support and attorneys fees while a divorce action is pending, early distribution of assets can also help a party that is struggling financially get through the duration of a divorce.

Make sure you know how assets will be handled in your divorce case. Our Tampa divorce attorneys at The Pawlowski//Mastrilli Law Group can help you with your family law legal problems and questions.

By The Pawlowski//Mastrilli Law Group | Posted on February 28, 2019
« Are Roundabouts the Key to Making the Roads Safer?
What is a Common Law Marriage? »