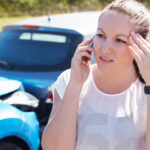 Why Do Insurance Companies Fight Car Accident Cases So Intensely?

By The Pawlowski//Mastrilli Law Group | Posted on December 18, 2018

Let’s imagine you are in a car accident where you are hit from behind. You suffer an injury, maybe go to the emergency room, and then to therapy for weeks afterwards. There is no doubt the car behind you is at fault, and no doubt that you suffered injury. So why are so many… Read More » 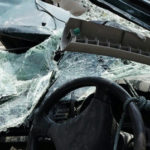 Car accidents remain a very serious problem in the Florida Suncoast and throughout the wider United States. Indeed, the CDC reports that motor vehicle crashes are the leading cause of accident-related emergency room trips. Each year, more than 33,000 Americans are killed in crashes. Here, our Tampa auto accident lawyers review the latest crash… Read More » 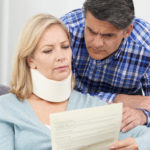 If you have been involved in a rear-end collision in Tampa Bay, you may have experienced ‘whiplash’. This term is used to describe a wide array of different neck injuries and neck strains, particularly those involving soft tissue damage. A whiplash injury may also be referred to as a myofascial injury, a hyperflexion injury… Read More » 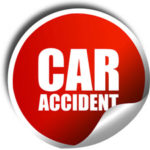 Rental cars are everywhere. Indeed, Auto Rental News reports that there are 2.3 million rental cars currently on the road in the United States. Whether you are renting a car during a vacation, while your own vehicle is in the mechanic’s shop, or for any other reason, it is imperative that you fully understand… Read More » 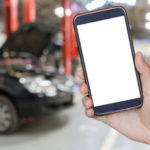 You Should Always Take Pictures After a Car Accident

Nearly all Tampa Bay car accident attorneys agree that you must take extensive accident scene pictures after a car crash. While the responding police officers are also supposed to take pictures, you need to get your own copies. This is true for three primary reasons: 1) The officers may not take the right pictures… Read More » 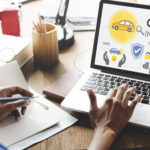 By The Pawlowski//Mastrilli Law Group | Posted on February 27, 2017

If you have been injured in a Florida car accident, it is normal to feel confused and overwhelmed. Due to the confusing nature of the process, many accident victims turn to the insurance adjuster for help after their accident. After all, who knows the claims process better than the insurance company? This is a… Read More »

Were You Injured in a Tampa Bay Uber Accident?

By The Pawlowski//Mastrilli Law Group | Posted on December 26, 2016

Uber is very popular in Tampa Bay. Many people use the ridesharing application as one of their primary means of transportation. According to Business Insider, the company now has more that 300,000 drivers on the road around the country. This includes many thousands within the state of Florida. Of course, with so many automobiles… Read More »

Highway Fatalities Were Up Significantly in the First Half of 2016

By The Pawlowski//Mastrilli Law Group | Posted on November 29, 2016

According to reporting from the Wall Street Journal, highway deaths rose by more than ten percent in the first half of 2016. This is an extremely alarming figure. Not only is the rise unusually large, but it appears that this increase may be the early part of developing trend. Deadly accidents in Florida have… Read More » 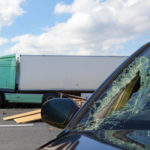 What Will a Florida Truck Accident Attorney Do for You?

By The Pawlowski//Mastrilli Law Group | Posted on October 3, 2016

By The Pawlowski//Mastrilli Law Group | Posted on September 12, 2016

Back on May 7th, a fatal collision between a tractor trailer and a Tesla took place in Williston, Florida. Recently, as more details of the accident have emerged, the crash has become a national story. As reported by the Associated Press, this accident was the first time a driver died in the United States… Read More »