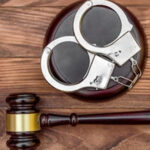 Misdemeanor vs. Felony in Florida

By The Pawlowski//Mastrilli Law Group | Posted on September 8, 2020

You may be aware that there are two main categories of crimes: misdemeanors and felonies. But how exactly do they differ? They have huge differences between each other. A misdemeanor, simply put, is a minor crime, while a felony is a serious crime that can land someone in jail for many years or even… Read More » 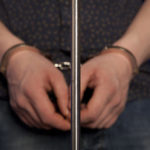 In Florida, some offenders, including certain felony offenders, may be eligible to enter a pre-trial intervention program. This type of program is a diversion program that can, if successfully completed, result in your criminal charges being dismissed. Here, our Florida felony defense lawyers discuss some of the important things you should know about our… Read More »

According to reporting from the Tampa Bay Times, a 16-year-old from Lakewood Ranch, Florida was arrested in relation to a deadly car accident. The Florida Highway Patrol reports that the accident occurred on Interstate 75 on March 29th, 2016. The driver of an eighteen wheeler collided with the rear of the teen’s vehicle and… Read More »

Various news sources are reporting about a Florida woman who found herself facing serious allegations after posting beach photographs on social media. As reported by Reuters, the 20-year-old woman allegedly posted pictures depicting her riding on the back of a sea turtle. The photographs went viral and also caught the attention of Florida officials…. Read More »