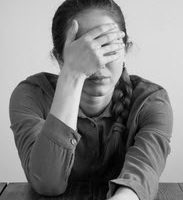 In a hotly contested divorce that concerns children, allegations of mental disorder can be quite common. Sometimes these allegations are just insults (he/she is “crazy,” or “out of control”), but other times the allegations can take a more material and serious tone (“he/she hits the wall when angry” or “he/she gets in fights with strangers”).

Florida family law rules do allow a party to compel the other party to undergo a psychological examination in certain circumstances. First, a party’s mental status must have been put “in controversy.” This means that it needs to have been made a real issue in the case. Allegations of past behavior that may indicate a problem that would affect an issue in the case (such as child custody or visitation) must be present.

Allegations that must be verified (sworn to under oath and under threat of perjury) must be made by the party requesting the other party undergo the examination. Those allegations must allege facts that would tend to show a mental problem or issue that is worthy of an examination and which would affect the other party’s ability to raise children.

A party cannot require the other to undergo a psychological examination just to see if he/she is fit, normal, or sane. Just asking for custody does not make a party’s mental status an issue in the case that allows a mental examination to be performed.

Allegations Must be Specific

Not every allegation will meet the burden needed to require the other spouse to undergo an examination. Simply saying the children are scared of a parent, or don’t like being with the other parent are not enough. Saying a parent is not supportive or is not doing a proper job parenting is not enough (these allegations are relevant to custody and timesharing as a whole—they just aren’t enough to justify a compulsory mental examination of the other parent).

If a parent were to say he or she was contemplating killing herself, or perhaps had a medically documented serious mental illness, such as schizophrenia, that may be sufficient to warrant a medical examination. Threats of or actual or threatened violence may also be enough.

These requirements are strenuous out of recognition that a compelled mental examination is an intrusive process, and an invasion into one party’s privacy. Courts will not routinely order these examinations just because a party is asking for time sharing of minor children.

Our Tampa divorce attorneys at The Pawlowski//Mastrilli Law Group can help you litigate your contested custody case, and explain every step of the process to you. Call us with any questions you may have.

By The Pawlowski//Mastrilli Law Group | Posted on May 24, 2019
« There Are No Gender Presumptions WIth Alimony or Child Support
Inference Stacking is Allowed in Recent Injury Case »