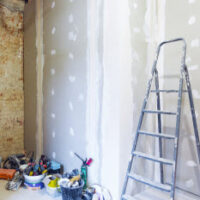 When a product does not work as intended, it can lead to issues for the consumers. A person can file a product liability claim. When it happens to multiple people, a class action lawsuit can be filed against the manufacturer. In some cases, the consumers can receive compensation for their damages.

Homeowners in Florida and 43 other states were affected by faulty drywall, which was made in China. As many as 20,000 homes were affected. In 2009, Taishan Gypsum Ltd. sold the defective drywall in the United States. A recent settlement resolves two lawsuits and approximately 3,000 claims. A judge approved the $248 million in January.

A construction boom hit Florida in 2004. This led to a huge demand for drywall, and this demand grew even bigger when Hurricanes Katrina and Rita hit the Gulf Coast in 2005. There was not enough drywall in the United States to meet the demand, so contractors turned their attention to international suppliers. After purchasing drywall from China, homeowners noticed corrosion on fixtures as well as the smell of sulfur in their homes. The sulfur caused damage to homes as well as health issues for residents of these homes. After the housing boom was a recession that forced many homeowners to abandon their homes.

In July 2009, one couple filed a lawsuit in the U.S. District Court in Miami. In 2015, another couple filed a lawsuit in Virginia. The cases were assigned to a multidistrict litigation docket and overseen by a judge in the U.S. District Court in New Orleans. An expert will inform the victims of their exact settlement amount, which will be determined by factors such as property size. Those who filed their case under the earlier lawsuit will likely receive higher payouts because a lot more groundwork went into the suit.

The settlement avoids having the homeowners deal with a court trial, which can be lengthy and costly. Plus, there is no certain outcome. However, some homeowners are not satisfied with the settlement and think the lawyers could have gotten more money. In one homeowner’s case, the money he will receive from the settlement will not cover the $163,000 it would cost to remove the drywall from his home.

Get Legal Help for Your Florida Defective Product Case

Defective products are not acceptable in any situation, especially when it comes to your home. When a product does not work like it should, it can cause serious injury, illnesses and even death.

The Tampa defective product lawyers at Pawlowski//Mastrilli Law Group can help you file a claim against the manufacturer. We’ll help you get the compensation you deserve. Don’t settle for less. Schedule a free consultation today. Call 813-242-4404 or fill out the online form.

By The Pawlowski//Mastrilli Law Group | Posted on June 26, 2020
« Woman, Busch Gardens Equally to Blame in Florida Premises Liability Case
Know Your Rights if You Are Hurt in a Florida Boating Accident »