Drowsy Driving is a Serious Problem on the Roadways 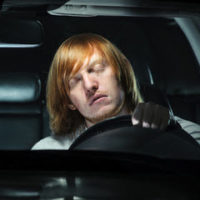 Many industries recognize how important it is to allow those who operate vehicles to get the proper amount of sleep. Federal law regulates, for example, how many consecutive hours a truck driver can operate a truck without being given a rest break, and airline pilots are required to rest even if it means cancelling or delaying flights. Yet, for some reason, the recognition in the general public of the dangers of driving while drowsy remains limited.

That may be in part because of public perception. We are trained to “fight through” sleep loss, and that naps are for kids or the elderly. Even those who know full well the dangers of driving while under the influence of alcohol will readily get behind the wheel when they are tired or have not had enough sleep.

In many ways driving with insufficient sleep may be more dangerous than being drunk behind the wheel. Drivers who doze off have no opportunity to correct cars going the wrong way, or try to avert car accidents at the last minute. Their cars are practically driverless before accidents happen.

When drivers do wake up after an accident they naturally have no awareness of what happened. This may be attributed to brain injury—concussions can result in short term memory loss—but often nobody stops to ask if maybe the driver was dozing off at the time of an accident.

If you doze off, you may not even realize it. It can take minutes of sleeping before you are able to realize, when you finally wake up, that you were actually sleeping.

People who drive with a lack of sleep are in effect driving under the influence. It is estimated by the Centers for Disease Control and Prevention (CDC) that if someone drives after being awake for 18 hours, it is akin to driving with a .05 blood alcohol level (BAL). But if you haven’t slept in 24 hours, it is like you are driving with a .10 BAL. That is over the legal driving limit in every state in the country.

It doesn’t take long to get into an accident. If you experience microsleep—short bursts of sleep that may only last for seconds at a time—your car is still going driverless. In just four seconds, a car going 65 miles per hour goes the length of a football field.

Policies and Laws Are Recognizing the Problem

Ride sharing giant Uber recently announced a policy encouraging its drivers to stop driving after 12 consecutive hours, and even has implemented features in its app that will alert drivers to when they are reaching that limit.

Some states, including New Jersey, have even started to codify drowsy driving into criminal code, making it an offense just like a DUI to drive consecutive hours without taking rest breaks.

Tampa injury law attorneys at The Pawlowski//Mastrilli Law Group can provide you help and advice about obtaining damages if you are in a car accident.

By The Pawlowski//Mastrilli Law Group | Posted on January 25, 2019
« Do You Need an Accounting or Business Valuation Expert in Your Divorce?
Lessons to be Learned from Amazon’s Jeff Bezos’ Divorce »