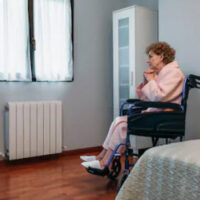 We don’t expect that a nursing home would intentionally harm a patient, but the truth is that it happens more often than we think. Staff members take advantage of these patients, abusing them physically and emotionally. In some cases, they cause serious injury and even death.

Sadly, this was the case for a nursing home resident in Florida. The man was beaten and tortured over the course of a week. The man died on March 12, 2019.

The man was a resident at Crystal Gem Manor Assisted Living for just a couple weeks—from February 22 to March 12, 2019. The nursing home was aware that the patient was being attacked by staff members, but the facility did nothing to stop it. In the man’s autopsy, it listed multiple issues, such as hemorrhaging, head trauma, bruises, cuts and fractures. The man also suffered from age-related health issues that contributed to his death. The medical examiner’s report lists the man’s cause of death as blunt force trauma due to assault. The manner of death was listed as homicide.

The representative of the man’s estate has filed a wrongful death lawsuit against Crystal Gem Manor Assisted Living. The lawsuit names multiple defendants, including the nursing home, its owners, affiliates, the administrator and one employee. The estate is asking for damages in the amount of more than $5 million.

A former employee of Crystal Gem Manor Assisted Living is named in the lawsuit as the one who caused the man’s fatal injuries. However, no arrests have been made yet. The state attorney’s office is still investigating the case.

Negligence can lead to injuries and death. When employees and administrators of nursing homes are negligent or abusive toward their residents, it can lead to wrongful death.

Get Legal Help for Your Florida Nursing Home Abuse Case

Nursing homes don’t always provide top-notch care for patients. Many are not staffed with caring, well-trained and knowledgeable employees and this means abuse and neglect is more likely to occur.

Contact the Tampa nursing home abuse attorneys at the Pawlowski//Mastrilli Law Group for help with your nursing home abuse case. If your loved one was injured or killed by nursing home staff, we can hold the liable parties responsible for their actions. To schedule a free consultation, contact us at 813-242-4404 or fill out the online form.

By The Pawlowski//Mastrilli Law Group | Posted on June 17, 2020
« What is Distracted Driving?
What is a Catastrophic Injury? »