Close Menu
Coronavirus (COVID-19) Update: Our firm is open and serving the needs of existing and new clients. Click here for more information.
Tampa Injury Lawyer > Blog > Auto Accidents > Highway Fatalities Were Up Significantly in the First Half of 2016

Highway Fatalities Were Up Significantly in the First Half of 2016 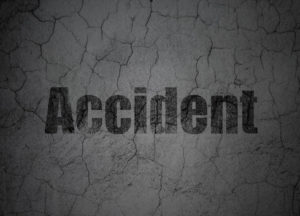 According to reporting from the Wall Street Journal, highway deaths rose by more than ten percent in the first half of 2016. This is an extremely alarming figure. Not only is the rise unusually large, but it appears that this increase may be the early part of developing trend. Deadly accidents in Florida have been rising in lockstep with the national rate. Far too many Florida families have been affected by serious car accidents this year. It is more clear than ever that something needs to be done to improve highway safety.

The newly released National Highway Traffic Safety Administration (NHTSA) accident data covers the period from January 1st, 2016 through June 30th, 2016. During that time frame, a reported 17,775 people died in car accidents. This is compared to just 16,100 deaths over the same period in 2015. Notably, this is the first time that highway fatalities have risen above 17,000 since the year 2008. It is also worth noting that the increase has a little to do with Americans simply driving more. While that does explain a small part of the increase, the highway fatalities per vehicle mile travelled also rose by nearly eight percent when compared to the same period in 2015. There is one more worrying factor: this is only preliminary data. This data will be adjusted at least two more times before it is finalized. Historically, the revisions typically include more deaths than the initial figures. This is because the deaths of pedestrians and bicyclists are often undercounted in the first set of data. Therefore, the highway fatality numbers for the first half of 2016 may actually be even worse than they currently appear.

Why are Deadly Accidents Up?

Officials from the NHTSA warn against drawing any definitive conclusion at this point. However, many observers are pointing the finger at distracted driving. Drivers have more temptations to take their eyes off of the road than they have ever had before. Additionally, many motorists still fail to adequately consider the dangers posed by distracted driving. It is not safe to look at your cell phone or any other handheld device while behind the wheel. This is true even if you only do it for a split second. That one second could be the difference between stopping safely and slamming into the back of another vehicle. Remember, in Florida, distracted driving is negligent driving. Negligent drivers will be held legally responsible for the damages their actions have caused.

Were You Injured in a Car Accident?

We can help. At The Pawlowski//Mastrilli Law Group, our Tampa Bay auto accident attorneys have helped many injured victims receive fair compensation. To learn more about what our team can do for you, please call our office today at 813-242-4404 to set up a free review of your case. We represent victims throughout the Tampa region, including  Oldsmar, Odessa, and Ruskin.