Misdemeanor vs. Felony in Florida 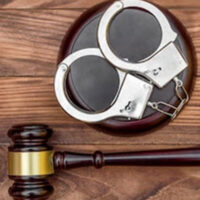 You may be aware that there are two main categories of crimes: misdemeanors and felonies. But how exactly do they differ? They have huge differences between each other. A misdemeanor, simply put, is a minor crime, while a felony is a serious crime that can land someone in jail for many years or even the rest of their life.

A misdemeanor may have little impact to someone’s life, while a felony will have a long-term impact. Such a crime could affect a person’s life in many ways. Read on to learn more about the difference between these two types of crimes.

What is a Misdemeanor?

A misdemeanor is a minor, non-violent crime. It is more severe than an infraction, which is a law violation such as a speeding ticket. Shoplifting or a bar fight would be classified as misdemeanors. In some states, drug possession crimes are misdemeanors. Even a DUI is typically a misdemeanor unless the person has had multiple offenses or there was severe injury or death involved. A misdemeanor is usually punishable by a fine or probation, although a person could spend up to one year in jail under certain circumstances.

A misdemeanor may be broken up into several classes: Class A , Class B and Class C. Class C misdemeanors are the least serious. A misdemeanor has no effect on civil liberties. This means a person can still own a gun, vote and hold public office if they have been convicted of a misdemeanor.

What is a Felony?

A felony, on the other hand, is the most serious type of crime. This category includes violent crimes such as murder, rape, robbery, kidnapping, arson and weapons charges. Felonies carry stiffer penalties than misdemeanors. They typically involve more than one year in prison, although the most severe crimes are punishable by life in prison and even hefty fines (hundreds of thousands of dollars). Sometimes non-violent crimes such as identity theft and embezzlement can result in felony charges.

Under federal law, there are five classes of felonies: Class A, B, C, D and E. Class E felonies are the least serious, ranging from 1-5 years in prison. Class B felonies are punishable by 25 or more years in prison, while Class A felonies result in life imprisonment or the death penalty, if applicable.

A felony conviction can impact someone for many years. They lose their right to bear arms and vote. Many employers will not hire felons, so this can impact job opportunities. Also, some felonies may force a person to register as a sex offender, which will affect where they can live.

Get Legal Help for Your Florida Arrest

Being arrested can be a scary situation. Without the right defense, you could even be convicted of a crime. You may have to pay fines or spend many years in prison.

A criminal record can ruin your life for a long time. The Tampa felony attorneys at Pawlowski//Mastrilli Law Group can help you win back your freedom. To schedule a free consultation, fill out the online form or call 813-242-4404.

By The Pawlowski//Mastrilli Law Group | Posted on September 8, 2020
« Understanding Traumatic Brain Injuries
What to Know About Birth Injuries »