Close Menu
Coronavirus (COVID-19) Update: Our firm is open and serving the needs of existing and new clients. Click here for more information.
Tampa Injury Lawyer > Blog > Family Law > Not Every Family Law Obligation Can be Enforced by Contempt

Not Every Family Law Obligation Can be Enforced by Contempt 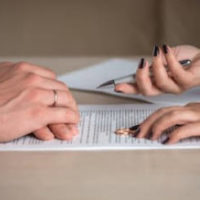 Few things will motivate people to pay support, or otherwise live up to their support obligations, like an order of contempt. A contempt order, as the name sounds, is a declaration that a party has acted contemptuously or in disregard of the order of a court. As an ultimate penalty for contempt, a party can be ordered to be put in jail until they comply with a court’s order.

Contempt is Not Always Available

You may think that anytime someone fails to do something a court orders, they can be punished and threatened with imprisonment. However, a court’s ability to imprison someone who owes money to another party is tempered by the Florida constitution, which prohibits any citizen from being put in jail for the failure to pay money or because they owe a debt.

Of course, between alimony, child support, requirements to liquidate property and pay the other spouse, a typical Florida marital settlement agreement or family law judgment is filled with obligations to pay money. Only some of these obligations are enforceable by using the court’s contempt powers.

Generally, division of property or equitable distribution cannot be enforced by a court’s contempt powers. This is true even if the distribution is made in payments (for example, if a husband agrees to pay the wife 50% of the family business by making ongoing payments until the value of the 50% is reached).

Only support obligations such as child support or alimony can be enforced by contempt.

These items blur the line between purely dividing property and paying support. Unfortunately, when drafting marital settlement agreements, parties often do not specify what is and what is not support.

If contempt is still available, obligations will have to be enforced the same way any creditor collects from a debtor. This can be a lengthy (but still doable) process.

If you want to create an easier path for yourself to enforce a family law order, you want to make sure that division of property in a settlement agreement clearly says that they are being made as a part of, or instead of, the payment of support. This gives a court more leeway to enforce compliance by contempt.

Our Tampa family law attorneys at The Pawlowski//Mastrilli Law Group can help you draft an enforceable marital settlement agreement or enforce the terms of a divorce agreement. Call us with any questions you may have.