Close Menu
Coronavirus (COVID-19) Update: Our firm is open and serving the needs of existing and new clients. Click here for more information.
Tampa Injury Lawyer > Blog > Family Law > The Hague Convention Can Help Return a Child Illegally Taken Out of the Country 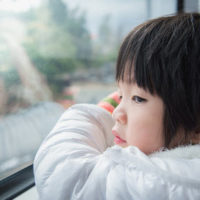 When a parent takes child out of state without the consent of the other party, or in violation of an existing court order or marital settlement agreement, it is always a concerning situation. Aside from being illegal, and demonstrating a lack of respect for the law or the agreement of the parties, the parent “left behind” (the parent that is where he or she is supposed to be) may have serious concern for the health safety and welfare of the child.

There are certainly terrible stories of a parent taking a child out of state without consent (that is also considered kidnapping). However, the fear and concern of the parent without the child is rightfully magnified when the child is taken out of the country without the knowledge or consent of the court or the other parent.

The country where the child has been brought to is supposed to return the child to the custodial parent in the “home country.” However, the Hague Convention does have a number of requirements to meet this burden.

Rights are Different Than in the U.S.

The parent left behind cannot have consented to or accepted that the child would be relocated to the foreign country. That is similar to the laws here in the U.S.

However, the Hague Convention also allows foreign courts to consider whether the child objects, if the child is mature enough. The child also must be age 16 or under. This is a stark difference from United States law, where the child’s preference or age would not be sufficient to override the requirements of a parenting plan, settlement agreement, or court order.

If a year has passed, and the child has, in the words of the Convention, “settled,” the child may be able to remain, even though under U.S. law, there is no bright line one year rule for returning a kidnapped child to another parent.

You will have to demonstrate that you, as the left-behind parent, were or would have been exercising your custodial rights. This could make it difficult for absent parents, or parents who do not routinely see their children, to seek the children’s return. This is also different than U.S. law, which would require that a child be returned regardless of the other parent’s excursive of his or her parental rights.

Courts can also consider whether return of a child would subject the child to harm, or threaten the child’s human rights. In relationships where abuse is alleged, the left behind parent may be left to defend him or herself in a foreign court to obtain return of the child.

Our Tampa family lawyers at The Pawlowski//Mastrilli Law Group can help you enforce any child custody or support orders or agreements. Contact us today for more information.

By The Pawlowski//Mastrilli Law Group | Posted on May 17, 2019
« What Happens When Children Don’t Want to Follow a Time-Sharing Agreement?
There Are No Gender Presumptions WIth Alimony or Child Support »