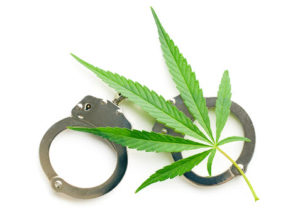 When Floridians went to the polls on November 8th, 2016, they overwhelmingly voted in favor of allowing the expanded use of medical marijuana. In fact, the Tampa Bay Times reports that the medical marijuana ballot initiative won 71 percent to 29 percent. This is no doubt a decisive victory in our very polarized era. The success of this ballot initiative means that certain patients with severe medical conditions will be able to legally obtain marijuana with the permission of their doctor. This move is line with national trends moving towards softening marijuana laws. Further, Florida voters are not the only ones looking to make marijuana laws more lenient. Indeed, earlier this year, the city of Tampa passed a local ordinance reducing the penalties for simple possession of the drug.

Tampa Bay’s Marijuana Ordinance: What is Means for You

On paper, Tampa’s marijuana ordinance, Tampa Code Section 14-62, partially decriminalized the possession of marijuana and related drug paraphernalia within city limits. Instead of arresting people found in possession of the drug, officers are able to issue civil citations – the equivalent of a traffic ticket. After the first month that this was in effect, Tampa Bay Online reported that city police had already issued several dozen civil citations for marijuana possession. Of course, receiving a civil citation and paying a fine is not desirable, but it is still far better than the alternative of being arrested for drug possession.

However, as several months have passed since Tampa’s ordinance went into effect, it has now become clear that civil citations are not always issued by police. To the contrary, Tampa police are still sometimes arresting people for possession of marijuana. The fact is, city police still have the legal authority to arrest because marijuana possession is a violation of Florida state law. As a result, individual police officers have considerable discretion in determining what type of enforcement action should be taken if a small amount of marijuana is discovered on a person. Overall, Tampa police will generally only issue a civil citation if the following four factors are met:

The Bottom Line on Marijuana Possession in Tampa Bay

While the law regarding possession of marijuana is currently in flux, it must be made clear that arrests are still being made. Everyone in the Tampa Bay region needs to understand that marijuana possession is still a crime under Florida Statute. City police officers can and may end up arresting you if you are found to have the drug. Further, this policy does not apply in many of the communities surrounding Tampa. Ultimately, if you have been charged with drug possession, you need to speak to an aggressive criminal defense attorney immediately.

If you have been arrested for drug possession, we can help. Please get your case in the hands of our experienced Tampa drug crimes lawyers as soon as possible. At The Pawlowski//Mastrilli Law Group, we always offer free case reviews with no further obligation.