Close Menu
Coronavirus (COVID-19) Update: Our firm is open and serving the needs of existing and new clients. Click here for more information.
Tampa Injury Lawyer > Blog > Criminal Defense > Three Ways You Could be Arrested for a DUI in Florida

Three Ways You Could be Arrested for a DUI in Florida 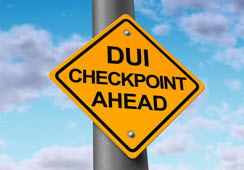 As most people know, the majority of DUI arrests occur after a police officer has pulled a motorist over to the side of the road. However, not all DUI arrests occur this way. In Florida, there are other ways you can be arrested. Regardless of the circumstances of the arrest, any DUI conviction can carry very severe penalties. If you have been arrested for any type of DUI, you need to contact an experienced DUI criminal defense lawyer today.

DUI roadside checkpoints are a controversial issue. In fact, some constitutional experts argue that these stops are illegal. However, under current Florida law, DUI checkpoints are permissible. Though, the Florida police officers operating the checkpoints do have to follow certain regulations. Specifically, when setting up and operating a roadside checking in the Tampa area, police departments must:

Ultimately, if you are stopped at a Florida roadside checkpoint, you could be arrested for a DUI. Police officers will generally take a quick look for: the presence of open containers, the smell of alcohol, or any other indicators that suggest that a driver is under the influence. Drivers should never admit to having consumed alcohol while stopped at a roadside checkpoint. Instead, if the officer suspects you are intoxicated, you should comply with police officer requests and politely ask to speak to your attorney.

It is also possible to be arrested for a DUI after a car accident. As an example, an officer may arrive at the accident scene and determine that a driver was intoxicated. They may make an arrest on the spot if there are no emergency medical needs. In other cases, injured drivers can even be arrested in the hospital while they are receiving treatment for their accident. Ultimately, if you have been charged with a Florida DUI in relation to an accident, it is especially critical that you speak to an attorney immediately. Even if you are being charged with a first time DUI, the accident might be enough cause for the state of Florida to charge you with a felony DUI.

Finally, all Floridians should know that they can be charged with a DUI even if they never got behind the wheel of a car. Under Florida’s DUI statute, the operation of any ‘moving vehicle’ is prohibited while under the influence of alcohol. This means that you could be charged with a DUI for operating a boat, a moped, or even a bicycle.

Were You Arrested for DUI?

If you have been charged with a DUI, you need to consult with an aggressive DUI defense attorney as soon possible. Please do not hesitate to contact our team today to schedule a free review of your case. At The Pawlowski//Mastrilli Law Group we represent clients throughout the Tampa Bay region, including Apollo Beach and Dover.