Close Menu
Coronavirus (COVID-19) Update: Our firm is open and serving the needs of existing and new clients. Click here for more information.
Tampa Injury Lawyer > Blog > Child Support > What Can Child Support Be Spent on?

What Can Child Support Be Spent on? 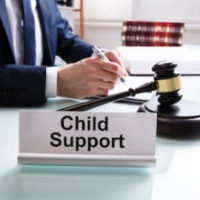 How Child Support Money Can Be Used

Florida law does not have any specific requirement of how child support money is spent. A parent with the majority of timesharing—that is, the parent who has the child more nights on a yearly basis than the other parent—is assumed to have to shoulder more of the child’s expenses than the other parent. The purpose of child support is to equalize that financial burden.

However, there is generally no itemization of how the money is spent, and no requirement that the receiving parent account for the funds. As long as the child is being fed, has a roof over his or her head, has clothes, and has everything else that is necessary for a child to grow up in a healthy and productive environment, a court will not entertain any argument that child support is being wasted.

Child Support When Timesharing is Switched

Parents also will have to continue to pay child support, even when the paying spouse has the child for a sustained period of time.

For example, a father may be ordered to make child support payments to the mother because the child spends the majority of nights with the mother. Over the summer, the father may have the right to have the kids stay with him for an extended period of time or to the kids may go with the father on an extended vacation. Even though the child is with the father for the majority of time for that particular month, the child support still must be paid.

In some cases, for parents that have enough combined income, a court may order that the parties share the cost of certain expenses for the child. These are usually for extracurricular or recreational activities for children, such as music, sports, or religious activities.

These costs will sometimes be included in child support and paid to the other parent, but in other cases, the court may permit the paying parent to pay the money directly to the activity organizer. Parents usually will be ordered to pay these expenses in the same proportion as their individual income is to the parents’ combined income. Here, the money must be spent as the Court orders.

Summer camp will also often be included in child support payments, if the child is young enough that he or she cannot remain at home while the custodial parent works. If the child is too young, camp may be considered the same way as child care—a necessary expense. However, if the child is old enough, a Court may not order that it be required to be paid by the other parent.

By The Pawlowski//Mastrilli Law Group | Posted on July 17, 2019
« Florida’s Poor Drivers are a Reminder to Have Uninsured Motorist Coverage
Dividing Student Loan Debt in a Divorce »