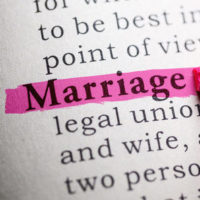 Florida does not recognize common law marriages. No matter what you do and no matter how long you live together, your partnership will not have the same rights as those that were formalized legally as marriages.

This may be a good thing depending on who you are. For example, if common law marriage is not recognized, a common law spouse’s right to his or her share of marital property is not applicable. So if you are a spouse that helped your spouse grow his or her business, you could lose out on the contributions you made towards the business because your marriage is not recognized and family laws won’t apply (you don’t even need to get legally divorced). If you are the spouse who owns the business, the opposite is true — you have some protections if no part of the business is legally owned by your spouse.

Likewise, you should make sure that proper estate documents, like wills or health care directives are executed, as there will be no assumption that your partner automatically inherits anything or has a right to make decisions for you should you become debilitated.

Remember that if you have children, custody and child support law does not care if you are married. Common law marriages have nothing to do with a party’s rights to visitation, or determinations of which parent will have more time with the children. Those determinations are treated similarly whether you are legally married or not.

By The Pawlowski//Mastrilli Law Group | Posted on March 6, 2019
« Can You Be Awarded Assets in a Divorce Before the Case is Finalized?
Can a Minor Testify in a Custody Dispute? »