Close Menu
Coronavirus (COVID-19) Update: Our firm is open and serving the needs of existing and new clients. Click here for more information.
Tampa Injury Lawyer > Blog > Annulment Divorce > What is an Annulment?

What is an Annulment? 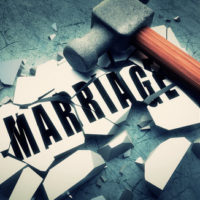 A divorce is a dissolving of a marriage. Thus, a divorce admits that there was and there exists a legally binding marriage that must now be broken. An annulment is an action that asks the court to find that there never was a legally valid or binding marriage in the first place. It is as if the marriage was void from the start and never happened. Unlike with divorce, there are no statutes that specifically address annulment.

Because an annulment is a finding that there was never a legally binding marriage, many of the issues in a traditional divorce are not present in an annulment. For example, alimony is almost never granted in an annulment. Division of property will often not be ordered in an annulment, although in certain situations a judge can still do what is equitable to the parties to restore them to the state they were in pre-marriage.

If one spouse files for annulment, the other party can counter petition for divorce. In that case, if there aren’t sufficient grounds for an annulment, the court can go forward with a traditional divorce, including awarding alimony and property to the parties.

When Are Annulments Granted?

A marriage can be found void, and thus annulled, in certain situations. Usually, annulments occur where, for some legal reason, the parties did not have the legal ability or capacity to be married.

For example, annulments may be granted where one party was already married to someone else (or never obtained a proper legal divorce from a former spouse) at the time of their marriage.

Other reasons can be where parties are not legally able to marry, such as when one or both parties are minors, where the parties are related, or where one party did not have the capacity due to illness, age, or disease, to meaningfully consent to the marriage.

In limited cases, fraud, duress, or deception as to an essential aspect of the marriage can lead to an annulment. What kind of fraud is enough to get an annulment is up to the judge. Not every lie that is told between partners will be sufficient to qualify for an annulment. If one party got married as a joke, an annulment will be granted.

Child Support Is not Affected

It is important to remember that annulment will have nothing to do with child support, custody or visitation. Child support does not require any marriage at all, so long as the man is determined to have paternity over the child.

Our Tampa annulment divorce attorneys at The Pawlowski//Mastrilli Law Group can help you understand all of your options if you are seeking a divorce. Contact us today for more information.

By The Pawlowski//Mastrilli Law Group | Posted on April 24, 2019
« How Will Bankruptcy Affect Child Support and Alimony?
How to Make Sure Your Prenuptial Agreement is Enforceable »