Close Menu
Coronavirus (COVID-19) Update: Our firm is open and serving the needs of existing and new clients. Click here for more information.
Tampa Injury Lawyer > Blog > Divorce > Who Gets the Rings After Separation or Divorce?

Who Gets the Rings After Separation or Divorce? 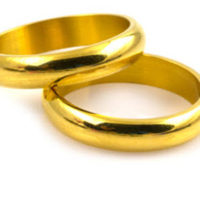 Of course, broken engagements do not technically fall under the umbrella of “family law,” which means that civil laws, as opposed to Florida’s family laws, apply.

In Florida, an engagement ring is considered a gift, but a conditional one. That means that unlike a traditional gift, which vests all property rights into the party receiving the gift, for the receiver to have legal rights to the ring, the marriage must actually happen.

If the marriage does not happen, the legal issues get complex, because the law requires that the ring be returned to the giver only if the giving party is not at fault (that is, he or she did not cause the marriage not to happen). This can result in courts having to determine whose “fault” it is that the marriage never happened, a thorny, fact-intensive and often unclear question to answer that will often have to be answered by a jury (unlike traditional family law cases, where there is no jury).

Who Gets the Rings In a Divorce?

As a general rule, when parties marry and then divorce, the ring is considered the non-marital property of the receiving spouse, and thus, cannot be divided or sold by a court in a divorce.

There is little case law for guidance on this matter, but as general advice, like any non-marital property, an engagement ring could become marital in the right circumstances.

For example, if a husband gave a ring to a wife and charged the purchase, and after the marriage marital funds were used to pay off the debt, there could be some argument for return of the ring.

Like any property, a prenuptial agreement can be drafted that includes provisions for what happens to the engagement ring upon divorce. This is especially recommended when a ring is a family heirloom, and return of the ring after divorce or if the marriage never happens, has significance beyond monetary value.

Our Tampa divorce attorneys at The Pawlowski//Mastrilli Law Group can help you understand what property the Court may try to divide amongst you and your spouse. Call us with any questions you may have.

By The Pawlowski//Mastrilli Law Group | Posted on July 31, 2019
« Temporary Support Can Help While a Case is Going On
Spying on Your Ex Can be Useless or Dangerous »