Does Adultery Matter in a Divorce Case? 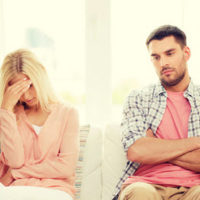 Adultery is devastating to any relationship, including a marriage. The violation of trust can cause bitter feelings that can not only lead to divorce, but that infect the divorce process, making it hard for the parties to make rational decisions through feelings of anger, hurt, shame, and upset.

But does adultery legally matter in a Florida divorce case? It may not matter as much as you think.

When Adultery Matters and When it Doesn’t

Florida is a no fault divorce state. This means that there is no need for a party to prove that the marriage is irretrievably broken, or to even give any reason for the divorce. The fact that one party or the other is at “fault” won’t stop the divorce and in many cases judges don’t even ask the parties why they are getting divorced.

Adultery can, but does not always, have an impact on custody decisions. The question is whether the party having the affair did something that is harmful to the children.

For example, if a party simply has an affair outside of the home and the child has no idea or is too young to even appreciate what an affair even is, the fact that one party cheated won’t have much of an effect on that party’s request for timesharing with the child.

On the other hand, if that parent ignored parenting duties to be with the third party, or exposed the child to the third party, or did something inappropriate, like having the third party sleep in the marital home while the child was home, it could impact the judge’s opinion of that spouse’s fitness to have significant timesharing. In fact, a judge may understandably have concern about how a young child, devastated over the divorce of his or her parents, will take to immediately living with a parent that suddenly exposes the child to a new partner.

Adultery also will not directly play into alimony decisions, as alimony is not designed to be punishment. However, if a spouse is wasting marital assets on the third party, it could affect a judge’s opinion of that party’s ability to pay alimony.

For example, if a party is paying for vacations, diamonds, or other merchandise for the third party, it may contradict that party’s contention that he or she cannot pay meaningful alimony or child support.

Our Tampa divorce attorneys at The Pawlowski//Mastrilli Law Group can help you with your family law problems questions and assist you in your divorce. Contact us today for help.

By The Pawlowski//Mastrilli Law Group | Posted on March 28, 2019
« Who Makes Medical Decisions for a Minor Child?
The Benefit of Taking on Additional Marital Debt »